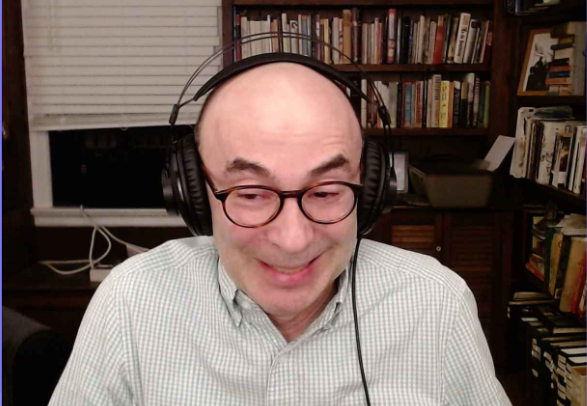 If you know Joni Mitchell's early songs, you're lucky.  But if you also know her later songs -- the ones you don't really hear anywhere -- you're even luckier.

Until 2007, Joni kept releasing albums of intricate, poignant and brilliant songs.  But maybe because the world can't keep up with the originality of her thinking and her sound, only a handful of my friends know these songs.

Now that I rediscovered my 1985 interview tapes, it feels like the right time to share what I've loved for decades.

Such an intensely intimate depiction of what it's like to drive off on vacation with someone you love -- as chirping crickets set the beat.

It's hard to believe that Joni wrote these lyrics so many years before the Trump era:

Even though the outlook in the song seems gloomy, Joni caps it off with the words "Bad dreams are good in the great plan.  Then she follows it with a piano phrase that seems to suggest slow healing.

The Windfall (Everything for Nothing) (1991)
Lyrics

Maybe the lyrics were inspired by bad behavior in the music biz, but the words seem equally appropriate for business leaders in many fields:

You'd eat your young alive
For a Jaguar in the drive

Hopeful, ambitious, doomed -- that's how Joni draws a parallel between Amelia Earheart's flight and the search for love:

Like Icarus ascending on beautiful foolish arms
Amelia, it was just a false alarm

It's a little scary that a song from 28 years ago could so precisely describe the divisions and borderlines in 2022 society. Her voice may not be loud, but listen to the intensity when she sings:

It only took me about 30 years to appreciate Joni's songs based on tunes that were written for her by jazz virtuoso Charles Mingus.  This one -- about watching someone else win big in Vegas -- still makes me laugh.

This song starts with a mention of "reading people rags in the checkout lane." Could I have helped to inspire it? Maybe.  Either way, I definitely dance around to it.  (Listen for Thomas Dolby with his deadpan assertion: "Oh I'm so excited.")

Joni wrote several songs about her disillusionment with the music biz -- but the William Blake allusion in this one makes it more threatening.  Side note: Joni told me that her songs should "bounce off our lives" in different ways.  In this case, the lyrics about Anna always bring to mind a very important Anna in my own life:

...I thought of Anna
Wild and dear
Like fireworks in the sky

Jack Nicholson was going to play the TV evangelist in this song, but he got  locked out of the recording session.  So Rod Steiger got the gig, and nailed it.

Joni takes one of my all-time favorite poems -- "The Second Coming" by Yeats -- and illustrates it with pounding drums and sirens.  Haunting.

When the Hejira album came out, I had a lot of trouble with what seemed like the droning sameness of the songs.  Now I realize, "Oh!  This is what they call subtlety."  After she told me the story behind this song (which I share in its entirely in the second podcast episode with Joni), I finally understood what a vivid tale this is.

In her songs, Joni sometimes refers to nostalgia and aging.  The way she incorporates "Unchained Melody" at the end of this song says more about both of those topics than I ever could.

In this song about youth and aging, the music fades in, then fades out again -- suggesting a pattern for every life.  This was one of my favorite songs when I was too young to worry about aging. Now that aging is an issue, I get a whole new angle on it:

Sweet Bird, you are briefer than a falling star
All these vain promises on beauty jars
Somewhere with your wings on time you must be laughing

During my go-go years as a bread winner, this song about chasing after money became more and more relevant to me.  I'd get up in the morning and be reminded of this line...

On an album that was full of experimentation, this song harks back to Joni's younger songwriting style -- but with a tougher edge. To make a point about love, the lyrics seem intentionally antique:

I learned so much about storytelling from this tale of a pimp who uses love and drugs to recruit a young woman.  The lyrics are like a series of vivid photographs, showing the progress of the seduction...

His eyes hold Edith
His left hand holds his right
What does that hand desire
That he grips it so tight?

Like Night Ride Home, this song expresses how great it feels to be intimate with someone.

Inspired by the scene where Scarlett O'Hara dresses up in the curtains to put on a show of fake courage and get what she wants, this song evolves into the tale of a real-life woman who can never be satisfied because she wants so much:

Trying to make sense of a troubled world -- at the time of AIDS, in this case -- Joni wrote some of the lines I quote most often:

This is a song about two women, one married and one unable to settle down.  The world around the narrator keeps commenting on her unmarried state.  On a visit to Staten Island, she intends "to buy myself a man...dolin" and the ferry boat seems swollen around a belly full of cars, like a pregnant woman.

The story of a woman so bored with her cloistered suburban life that she makes a game out of shooting a gun at a streetlight.   But she always misses.

An intensely angry response to a romantic betrayal:

Who left her long black hair in our bathtub drain?

Joni's sweet take on the classic "Corrina, Corrina" -- love the echoing guitars and the call of horns and birds at the end.

I remember a raunchy urban bar where the murals represented scenes from country life -- and that's exactly the scene depicted in this song about the opposite desires that pull at humans. In a way, this is more of a manifesto than a song.  Joni uses a snake metaphor to talk about our attraction to base things and an eagle metaphor to talk about our desire for higher things.  (Related: She told me that her favorite poem from 7th grade was about an eagle.)

It's hard to get much bleaker than a song inspired by the book of Job.  This one, like some of Joni's earlier songs, includes a chorus that talks back to the Job-like main character who is reciting a list of complaints. Oddly enough, the song gave me some sort of comfort at a time in my life when everything seemed to be going wrong:

Oh you tireless watcher!  What have I done to you?
That you make everything I dread and everything I fear come true.

Another one of my favorite poems -- "If" by Rudyard Kipling -- gets updated by Joni to remove the gender-specific ending.  The advice in the song is so helpful and hopeful.  And in Joni's version, it ends with this assurance...

This song dates back before the time period of this playlist.  But since I quoted it in the podcast, I hope that justifies including it. The lyrics draw a parallel between Beethoven's longing for sound when he was deaf and an artist's longing for feeling when there's none left. One of my favorite lines refers to the honors that go to musical celebrities, including the busts of Beethoven that sit on so many pianos. But this time, the performer is like a roast pig on a Christmas table...

In the court, they carve your legend with an apple in its jaw

Joni didn't write this -- Isham Jones and Gene Willaden did.  But the spirit of it is so generous and positive that I decided to include it.  I like to think that Joni recorded this after she reconnected with her adopted daughter.  Nice to imagine anyway.

In the year before my parents went into assisted living, I tried to entertain them with a "class" that I prepared about Joni Mitchell.  I played them the early version of Both Sides Now from Joni's second album and then played them this version from 2000 when Joni sounds more seasoned.  I really thought they'd understand the powerful change that I heard.  They didn't.  But I had a good time.  And that's when I realized how Joni changed up one line...

Early version:
Don't give yourself away

Later version:
Don't give your SELF away

And that's it.  If this helps you get excited about even one of Joni's songs, then my work is done.  And if it doesn't, well, can't say I didn't try. 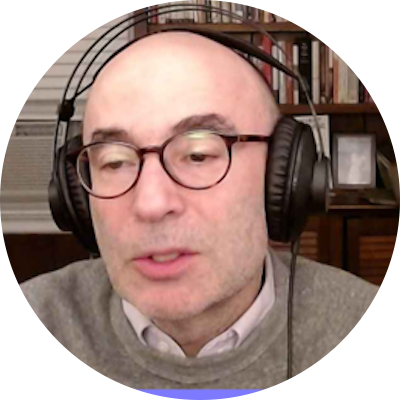 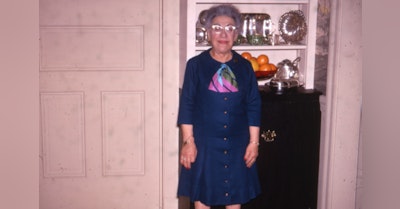 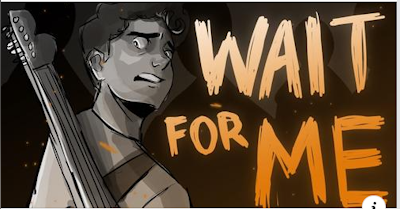